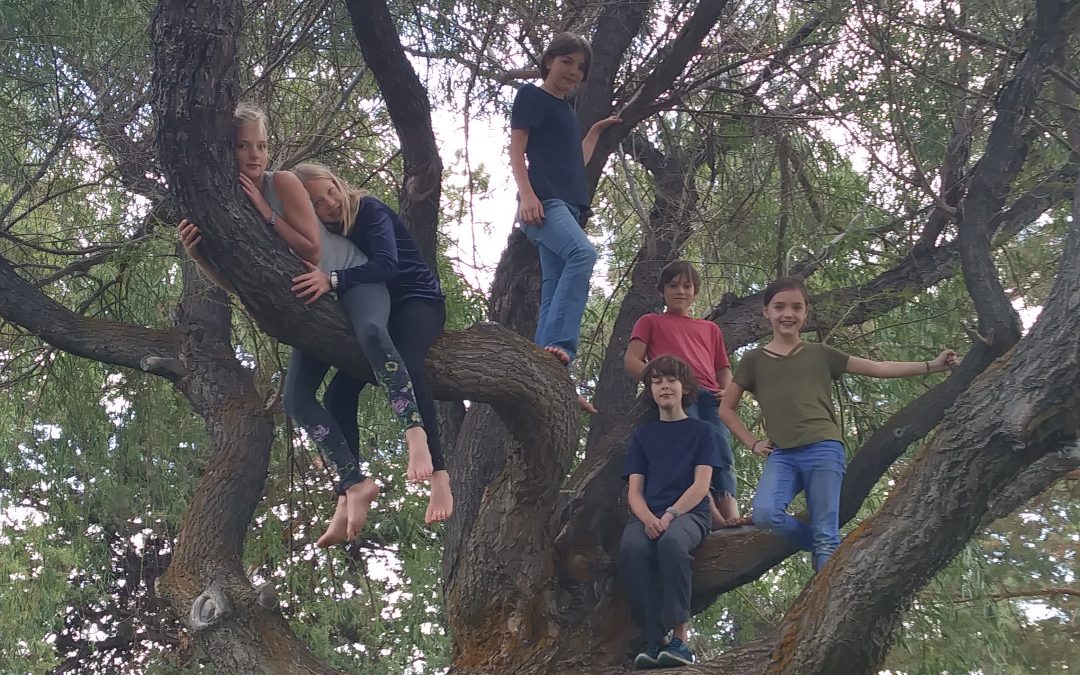 Botany is the science of the fifth grader, recapitulating their lives thus far through a picture of the plant world growing in complexity from the fungi and mosses through to the trees.  By the end of the fifth grade year, their foundations have been solidified and, on many levels, they blossom into the world of the flowering plants. Observation is a key component of these blocks, and in guiding the students through a living science, spending time with plants in their natural environment is of utmost importance.  In this way they are drawn out of themselves and into the world of nature where interrelatedness is a vital and vibrant component. Not only do we work on accuracy of scientific observation, but also tend to the feelings, ideas, and poetic descriptions that arise from the experience.

The fifth grade was able to spend an entire Friday helping at a farm in our community. The Boyd-Brocker family was generous enough to host us for an entire day, and with full hearts we were able to show our gratitude to Ms. Ann who has given our class and our school so much.  Through wheelbarrow loads, shovel-fulls, transplanting, planting, and creating, we were able to beautify and add to the health of the gardens and trees in which we were working. The students were joyous in their work; the only complaints that arose were that of the tasks being complete, for that left no more work left to be done!  Alongside the service component, the abundance of Botany ‘lessons’ throughout the day came as an integrated whole; the information was received, activated in the will through physical work, and also felt as the children became caretakers and responsible stewards of their environment.

A main tenet of Biodynamic Agriculture (an agricultural practice stemming out of Anthroposophy and sharing its roots with Waldorf Education) holds the farmer as the connection between the earth and the cosmos.  In practice, this means that we as humans are the decision-makers. As the children became ruddy-cheeked with their work, creating health and vigor in their own bodies, breathing in the fresh air beneath the beauty of the blue sky, standing amidst the trees and the horses and the sheep and the flowers, an abundance of joyful realizations emanated from within what it felt like to be active, wise caretakers of the earth.  In serving, we were well-served. In caring, we were cared for. In giving, we received more than we could have hoped.

We become, through our work

Caretakers of the earth.

We become, when we toil

Shepherds of the soil.

We shall come again.

← The Role of the Class Play and Making Theatre In a Waldorf School How do we support big emotions in our children? → 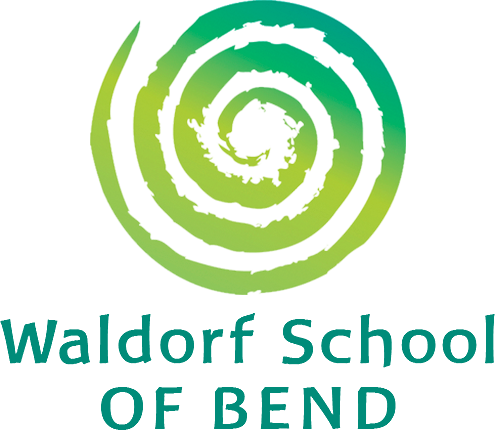 The Waldorf School of Bend cultivates academic excellence through our experiential curriculum rich in the arts, sciences and practical works. We honor each child’s unique spirit by building capacities of will, free thought, compassion and social responsibility. In this way, children develop with purpose to act as powerful world citizens.